Making it to a 2.0°C world will likely require a global reduction in consumption

Plotting the global CO2 emissions since 1850 and comparing them to IPCC data shows that to have an 83% chance to stay below a 2.0°C global warming path global emissions must be divided by ~4 in the next 30 years. 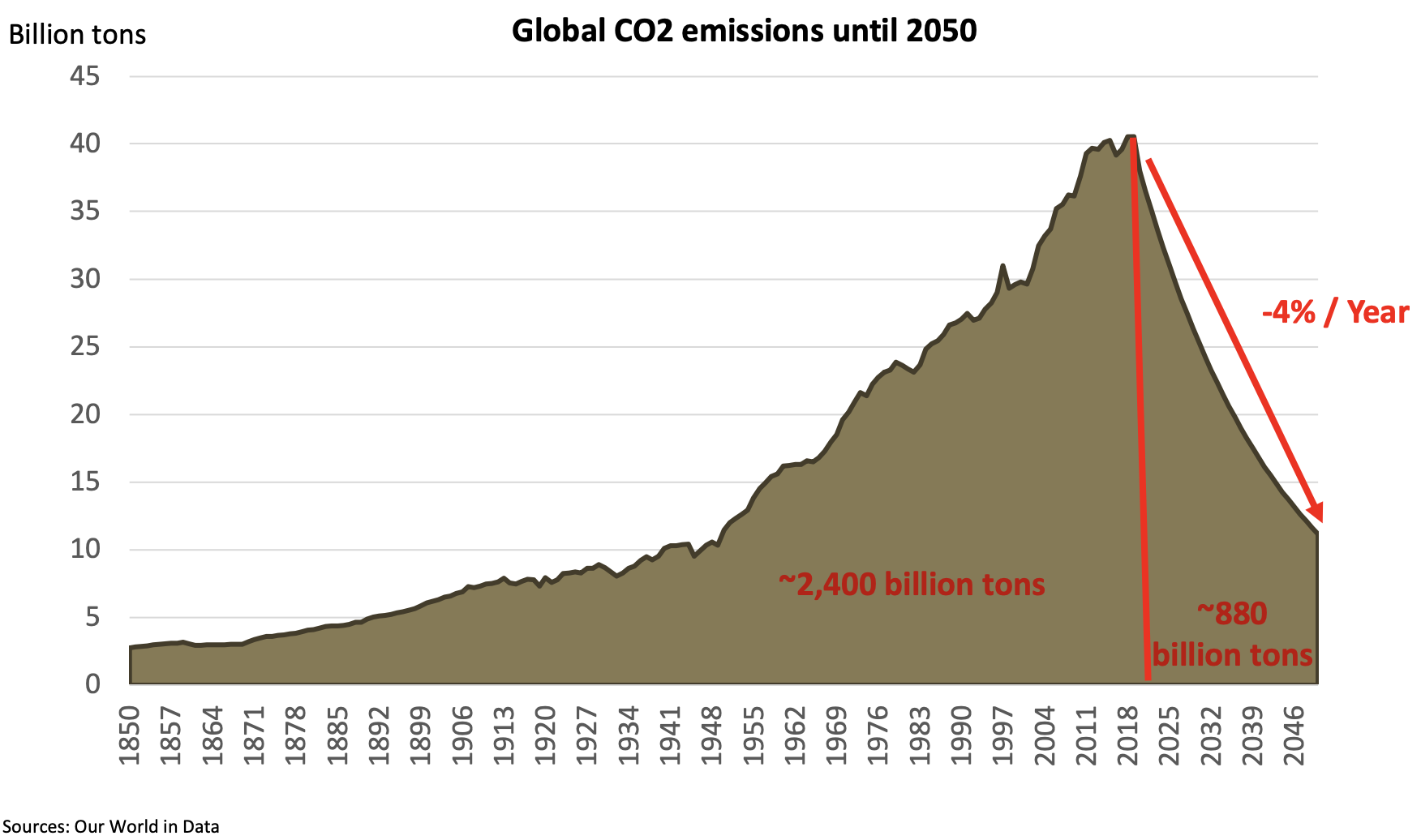 If CO2 emissions must be divided by 4 in the next 3 decades, the right part of the equation must also be divided by 4. A closer look at each term shows that this would likely require a global reduction in GDP per Capita:

If we want to keep the same GDP per capita for the next 30 years, the Carbon Content of Energy must therefore be divided by 3.4 in the same period, or a reduction of 70% vs current levels. In the past 30 years it was only reduced by 6%, despite the “new renewable boom” of the last decade and the development of nuclear capacity.

It would be dangerous to bet the future of climate change and of our planet on technological changes far from those that we have been able to achieve in the past similar period.

Reducing global GDP per capita seems a much safer choice to prevent the consequences of climate change.