Coal as the next energy for mobility in China

However, energy security is a main concern in countries that do not have oil on their territory and the likely reduction in global oil availability is going to exacerbate this issue

In its “World energy outlook” 2018 the International Energy Agency wrote “Global conventional crude oil production peaked in 2008 at 69.5 mb/d and has since fallen by around 2.5 mb/d. […]

The level of conventional crude oil resources approved for development in recent years is far below the demand requirements of the New Policies Scenario, creating the risk of sharp market tightening in the 2020s.”

More recently the French Think-Tank “The Shift Project” wrote a report for the army on “The future of oil supply in the European Union: State of reserves and production prospects for major suppliers”. Based on Rystad Energy database and the know-how of two former directors of upstream operations from Total and a former IEA analyst they analyzed the oil reserves and production capacity of the top 16 world oil producers (excluding US sale oil and Canada). They write that “The aggregate crude oil production outlook for the sixteen major supplying countries, excluding US LTO, suggests a decline of approximately 12% in 2030, as compared to its 2019 level […]” 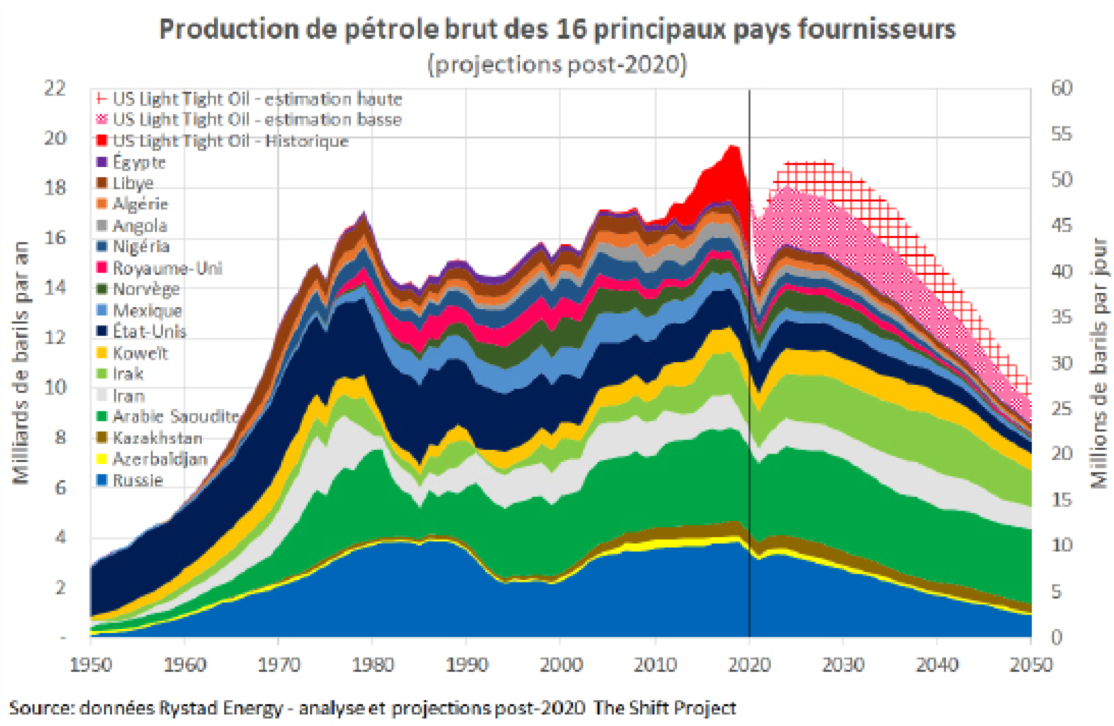 This however exclude US shale oil, which might be the only oil source keeping the global total oil production from a steep decline. Any changes in shale oil production would therefore have major impacts.

The increasing role of Coal as China’s mobility energy

With potentially less oil to run its economy, China might already be planning to switch to coal to increase its energy security by increasing both EV penetration and its production of synthetic fuels from coal.

China is already the biggest EV market with 1,246,000 new vehicles sold in 2020. And the government aims for EVs to account for 50% of all new cars sold in 2035.
With 64% of its electricity coming from coal and 0.16% from oil, this is an indirect way to switch its mobility energy needs to coal. 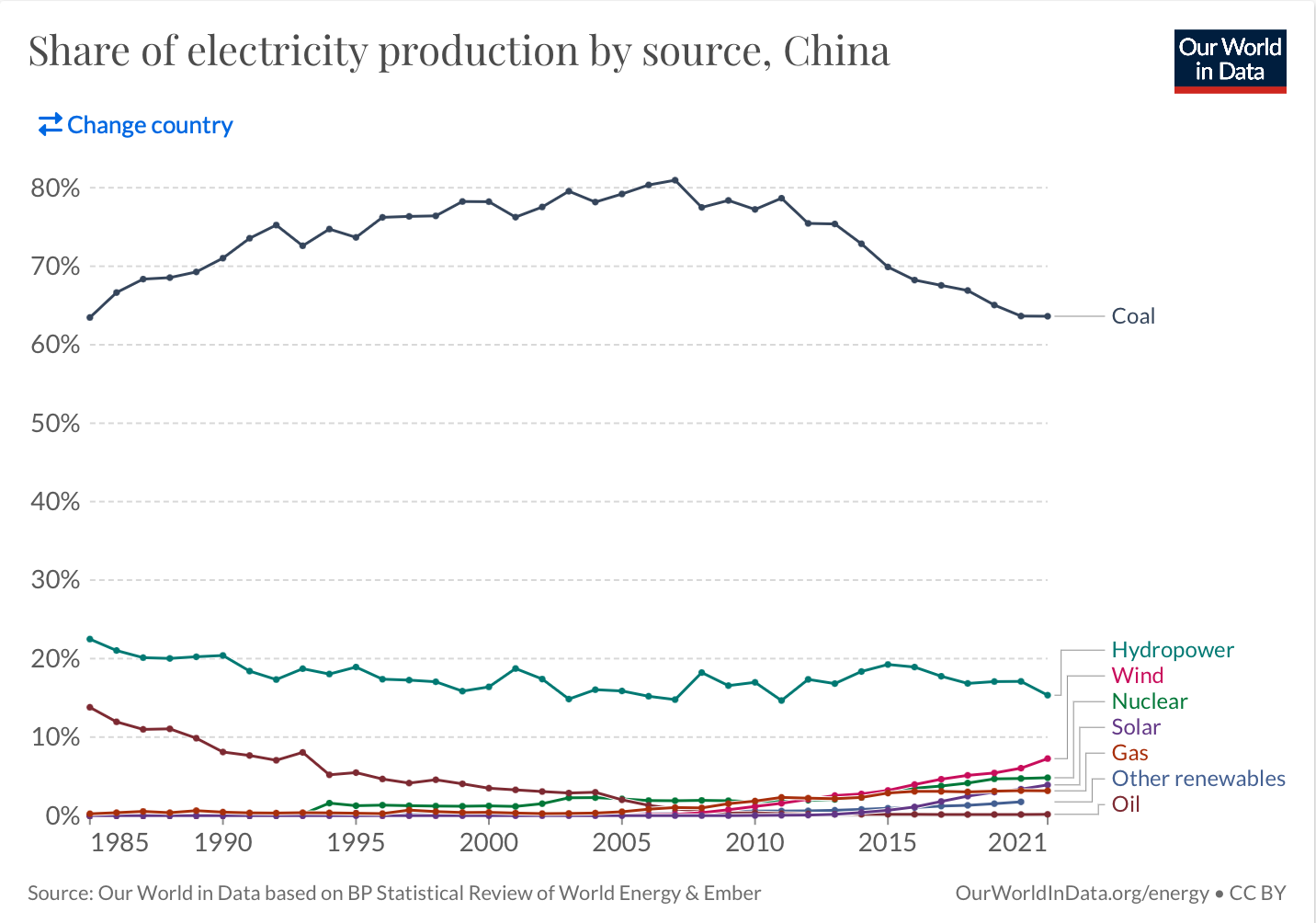 In April this year China announced that it planned to increase its coal production by 300 million tons this year, 7% of the previous year’s production.